Spain is ‘quite OK’ with hints of military action over Gibraltar, says Howard 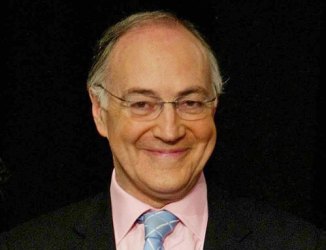 Only *something* of the night?

Former Tory leader, Lord Howard has made the world just a little darker (again), by referencing the Falklands war when discussing Gibraltar, but he’s certain the Spanish won’t be offended at all.

“No, it’s fine, trust me. It won’t mean anything to Spain, as they’ve no links to Argentina.” said Howard “Apart from a shared heritage and culture. Oh, and the language, Spanish is it?”

“Most Spaniards won’t have even heard of the Falklands,” END_OF_DOCUMENT_TOKEN_TO_BE_REPLACED

Comments Off on Spain is ‘quite OK’ with hints of military action over Gibraltar, says Howard 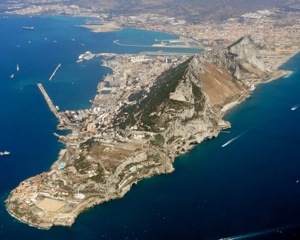 With the on-going dispute with Spain over the sovereignty of Gibraltar slowly turning into an expensive chest beating exercise, the British Government has revealed plans to reduce the cost of constant complaints to the EU.

“This tit-for-tat argument is costing British tax payers a fortune,” Prime Minister David Cameron explained. “That’s why we are going to privatise Gibraltar next Thursday.”
END_OF_DOCUMENT_TOKEN_TO_BE_REPLACED

Comments Off on UK government to solve Gibraltar crisis through privatisation.

Failed Immigration vans to be sold to popular Spanish resort. 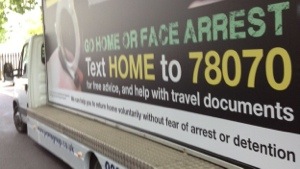 With the Home Office deciding not to continue using the immigration ‘go home’ vans, some Spanish resorts have shown an interest in purchasing them.

“A van with the basic message of ‘go home foreigner’ will do well here” the Mayor of Magaluf said.
END_OF_DOCUMENT_TOKEN_TO_BE_REPLACED

Comments Off on Failed Immigration vans to be sold to popular Spanish resort. 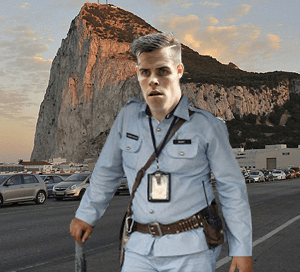 No man is an island. And neither is Gibraltar (check this)

Top-dollar footballer Gareth Bale has been pressed into service by his Spanish owners – but unusually, he’s now playing in defence!

With Real Madrid relying so heavily on state aid from the Spanish government, it was inevitable Prime Minister Mariano Rajoy would want a slice of the action for his record £85 million deal.

And with no game more important than the political football that is Gibraltar, it was only a matter of time before Bale was working 18 hours a week guarding the border.

Looking spick and Spanish in his fetching new uniform, it’s the first time in a while he hasn’t had his name written on the back of his shirt.

The ‘Welsh Wizard’ has thrown himself into the task with typical zeal, even attempting to read the odd passport from the queue of adoring fans. But the ruse has worked even better than Rajoy could possibly have imagined, after Bale dived when a five-year old called him ‘a meany’.

That led to a stand-off and a rain of coins from the Gibraltans: confused Spanish officials first assumed they were trying to buy him back.

But with the chaos causing a tailback of some 5 and a half hours, Bale struggled to his feet and made his trademark ‘heart’ symbol.

While the player might be able to blame his actions on contractual obligations, his family back home aren’t too happy about his borderline behaviour.

They’ve been queuing for two days now following a shopping trip to Bristol. In a tit-for-tit response to the Spanish Bale-outrage, Cameron has strapped Fernando Torres into the only functioning toll booth on the westbound Severn Bridge. 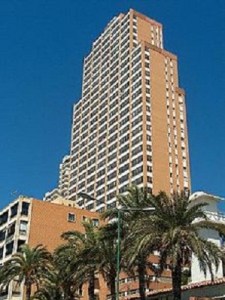 Overseas tourist officials they are baffled by Benidorm Bungee, a syndrome which has caused an increasing number of young holidaymakers to plunge to their death from hotel balconies for no apparent reason.

The syndrome, named after the resort where it first occurred, only seems to affect British tourists, striking them down in the early hours of the morning without warning. Most of its victims are young with no previous balance or health issues.

Stacey Briggs, 21, lost Darren, her boyfriend of two days, to an attack of Benidorm Bungee whilst on holiday in Magaluf in June. “We’d just got back to my hotel room after ending up at that El Tequila Slammer Bar. As I was chucking up, Darren said he would get some air on the balcony and, then, he was gone. It was all so sudden. He didn’t even say goodbye.” END_OF_DOCUMENT_TOKEN_TO_BE_REPLACED

Comments Off on Experts baffled by hotel balcony death falls

Cameron denies plans to ‘go a bit Falklands’ over Gibraltar 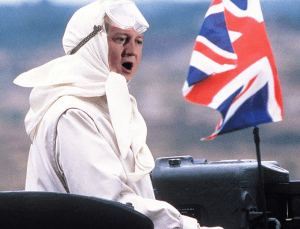 As the row over fishing rights and a border tax in Gibraltar escalates tensions between the UK and Spain, David Cameron has denied that he is channelling Margaret Thatcher and planning to go a bit Falklands.

“Nothing could be further from the truth,” said the Prime Minister as he gripped his handbag tightly. “I am deeply concerned about the situation in Gibraltar and considering all available options. If one of them happens to be a small victorious war which I can secure another term as PM off the back of  then that doesn’t mean I’ll definitely chose it. Just almost definitely, which is entirely different.” END_OF_DOCUMENT_TOKEN_TO_BE_REPLACED