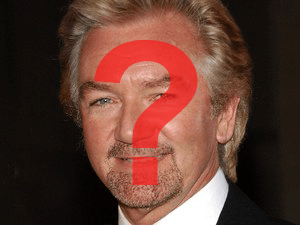 Categoric proof that there is no God.

A national experiment has shown that the lingering presence of Noel Edmonds disproves the existence of ‘Cosmic Ordering’.

Cosmic Ordering is the practice of writing down a list of things that you want, and then waiting for them to arrive.

Yet despite nearly 38% of the population jotting down “make Edmonds piss off”, the suspiciously dark-bearded pillock is still here.
END_OF_DOCUMENT_TOKEN_TO_BE_REPLACED

Comments Off on ‘If Cosmic Ordering works, why is Noel Edmonds still here?’ asks nation

Make up counter girl to Clown is natural evolution After a 50 year quest, scientists have finally unravelled the bizarre origins of Clowns.

Love them or fear them, with their bright red noses and funny fall down trousers, Clowns are woven into our society. Since the first recorded sighting of a Clown in 1954 they have multiplied exponentially in number, and can be found everywhere from children’s parties, to younger children’s parties.

Geneticists studying Clowns have confirmed they are one of the strangest abnormalities in the animal kingdom with the first complete analysis of its fully decoded genome.

END_OF_DOCUMENT_TOKEN_TO_BE_REPLACED

The sun does not have a hat on: top facts about the solar system’s end of level boss 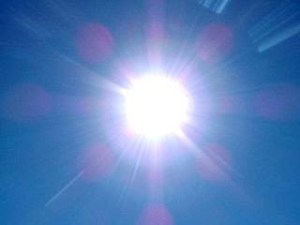 The sun: wonderful yet ultimately deadly, just like cake

Today is the hottest day of the year so far. Thus we proudly present the following top facts about the big yellow bastard to entertain you as you swelter. And remember when the mercury rises to always wear sunscreen, to drink lots of water and that while dogs don’t like being kept in hot cars elderly relatives absolutely love it.

1. The sun was discovered in 1836 by pioneering scientist Sir Hubert Sun. Before then everything was dark.

2. 40% of Americans believe that the sun is the warmth from God’s smile.

3. At night, it turns into the moon. Many primitive tribes still believe they are two different things.

4. FIFA chief Sepp Blatter has admitted that holding the 2022 World Cup there may be a mistake, due to the sun’s poor transport links.

5. Prolonged exposure to the sun alters your brain chemistry causing you to believe you look great in shorts when in reality the opposite is true.

6. The sun isn’t perfectly spherical. There’s a bit that sticks out, shaped like that mole on your back.

7. Potatoes are baby suns that haven’t yet hatched.

8. The sun does not have a hat on. That would be racist.

9. Staring at the sun isn’t bad for your eyes. It just highlights the absolute futility of your meaningless, pathetically short existence.

11. When the sun is very sad at what you are doing, he cries. This is called “rain”. The worse you are, the more rain you will get.

12.  Everything in the solar system revolves around the sun, except Piers Morgan’s ego.

13. The sun is the only star with its own dedicated newspaper, which contains important news about the solar system, and tits.

14. The sun used to go to Australia at night but Tony Abbott won’t let it in.

15. The sun is so hot that if you tried to eat an ice cream on it the ice cream would melt before you even had chance to drop it down your shirt. This would be the least of your worries though, because you would have died a fiery death.

Comments Off on The sun does not have a hat on: top facts about the solar system’s end of level boss 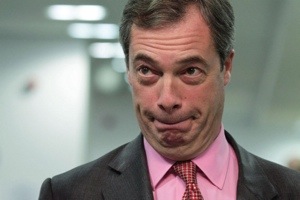 Police in Harold have warned the public to be on the look out for an escaped six foot animatronic penis. The man-sized phallus is not thought to be dangerous but does have a tendency to spout some unsavoury stuff from its head.

The penis was constructed by Harold Technologies Ltd and designed to help artificially inseminate elephants as part of a nature conservation project however there appears to be a fault in the programming.

END_OF_DOCUMENT_TOKEN_TO_BE_REPLACED 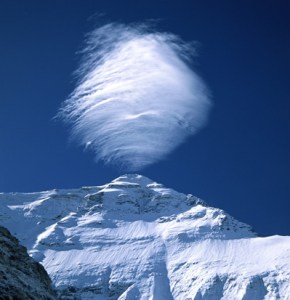 Climbers now claim to be joined by an invisible bond.

Two hydrogen atoms, collectively known as H2, have made history as the lightest climbers to summit Mount Everest. H2’s feat was particularly impressive as they reached the peak without the aid of oxygen.

“We previously tried the climb with oxygen” said H2. “But we had barely climbed a metre when we just trickled back to the start and formed a small puddle. We soon had a severe case of frostbite and by nightfall had frozen solid.”
END_OF_DOCUMENT_TOKEN_TO_BE_REPLACED

Comments Off on Pair of hydrogen atoms conquer Everest without oxygen 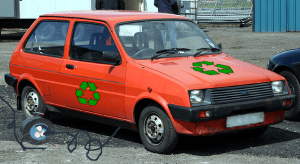 1979 Mini-metro is at the forefront of modern motoring

A pair of keen environmentalists, who locked themselves in a shed for 12 years promising not to come out until they had developed a long range electric car, have finally unveiled their adapted 1979 Mini-Metro.

“The exciting thing about this car is that the range is pretty much infinite” John Goody, one of the pair explained. “The only thing that restricts the distance is your imagination, and the length of the extension cable you use.