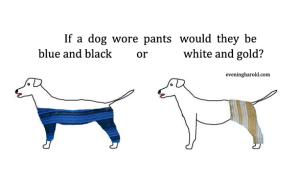 (White and gold on left)

A new picture of the dog wearing trousers made out of material from “the dress” has caused the internet to grind to a halt, as families fight bitterly and former friends stand divided over whether the dog would wear blue and black or white and gold.

“Some people see the dog wearing blue and black, some see it wearing white and gold, and others see a bunch of wankers obsessing over a picture of a dog while our world slides rapidly down the toilet.” END_OF_DOCUMENT_TOKEN_TO_BE_REPLACED

Comments Off on Internet divided over dog pant dress 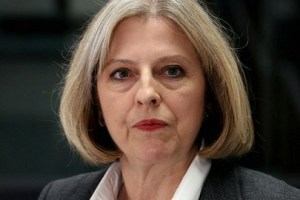 The Home Secretary has unveiled the latest plans in the Commons today after initial proposals for her to follow you to work yelling “Pervert!” at the top of her voice were blocked by the Lib Dems. END_OF_DOCUMENT_TOKEN_TO_BE_REPLACED 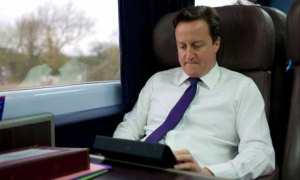 Following a freedom of information request, the internet service provider which supplies broadband to the palace of Westminster has revealed what members of the two houses of parliament surf the web for during the really boring bits of government. END_OF_DOCUMENT_TOKEN_TO_BE_REPLACED 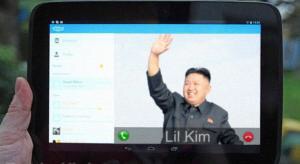 A suspected hacking attempt has left North Korea disconnected from the Internet. The blackout leaves most of the people in the reclusive dictatorship asking ‘what’s an Internet?’

“I heard on the state news that the small and insignificant country America had attacked our internet, whatever that is,” one Pyongyang resident said.

“I was appalled and sincerely hope our supreme leader can fix it with his special fixing hammer. Then it can start doing whatever it is it does.
END_OF_DOCUMENT_TOKEN_TO_BE_REPLACED

Relief as internet turned off every night at seven pm 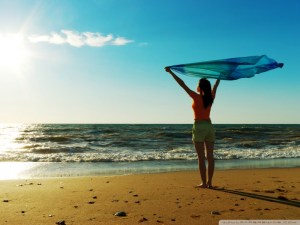 Now we can all do this of an evening instead, whatever this actually is

There has been an unusual outbreak of happiness in Harold following the government’s decision to switch the internet off every evening in a bid to drive down energy consumption.

“I was afraid that I’d be lonely without the net at night,” local undertaker Carmen Hilton told us. “But now instead of slumping in front of Facebook either mocking or being jealous of one or two friends and dozens of random people I don’t know but friended anyway, I slump on my front step and feel the same about passers-by. It’s lovely, I’ve never had so much fresh air.”

“Having my own opinions is weird,” teen and enthusiastic gamer Simon Delaney confessed. “I mean if you watch something on TV and no one’s tweeting about it at the same time is it really happening, yeah? And I really missed playing Call of Duty before bed then I worked out screaming racial and homophobic slurs at the dog was just as much fun.”

“That’s enough experiments to show kids how fast a photo can go round the Internet, now,” says Internet. 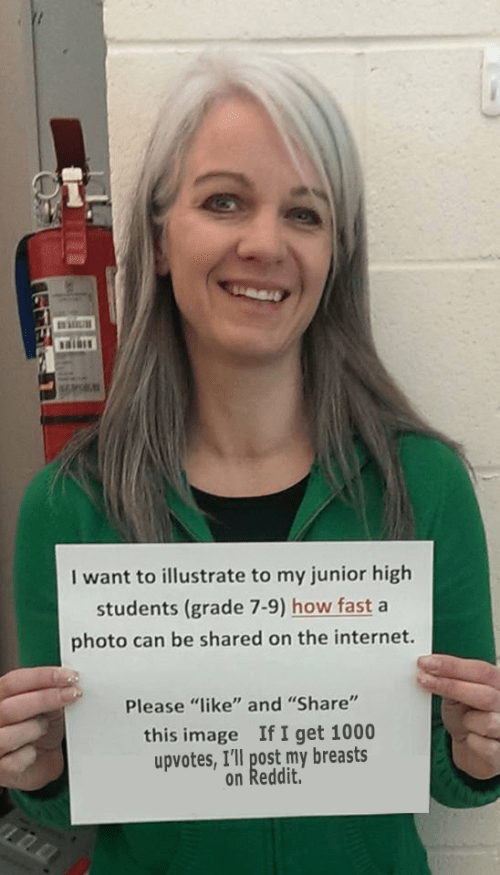 The Internet’s patience wore dangerously thin last night as yet another picture of an American 9th grade teacher holding up a sign was wearily shared on social media.

The exercise, supposed to warn teens of the potential risks of posting information and images online, has quickly become a tedious cliché and the Internet warned yesterday that we are close to the snapping point of its benevolence towards well-meaning junior high school teachers.

“OK, the first couple of times it was a fresh way to engage kids, and we all wanted to help them out – I’m sure the share and like numbers were very impressive,” commented a visibly annoyed Internet, “but I swear to god if I see one more of these bullshit copy-cat requests, I’m going to write a bunch of sarcastic comments or do a parody meme with cats. I haven’t thought it through yet, but it will be pithy and cynical,” the Internet added.

END_OF_DOCUMENT_TOKEN_TO_BE_REPLACED

Comments Off on “That’s enough experiments to show kids how fast a photo can go round the Internet, now,” says Internet. 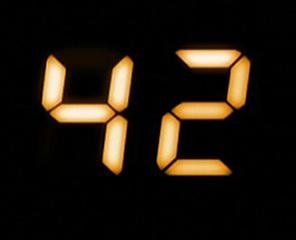 The answer to life, the Internet and everything

Dan Brooks, office manager at Harold estate agents Lacrymans & Co, has inadvertently discovered the answer to the Internet by becoming the first person to view every page and click every link.

‘When I first went online in the late nineties there wasn’t much to see and then as the Internet grew I suppose I was just like everyone else,’ Brooks said. ‘I’d surf between a couple of dozen sites during the day then get drunk on Saturday nights and email poems about mince to my mother-in-law or buy fifteen kilograms of midget gems off eBay. It was all perfectly normal.’

Comments Off on Man reaches the limit of cyberspace: says we’re gonna need a bigger Internet

Filed under Around Harold, News, science