‘They’ll take it out on someone’: badgers fear attack from government denied chance to twat foxes 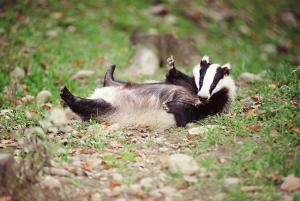 This one’s so scared it’s forgotten how to badger

Badgers across England are today living in fear of becoming the victims of a reprisal attack from a government which reacts to the word ‘no’ about as well as a spoilt toddler who’s just asked for more sweets.

“Fair play to the foxes,” said Furry Rita, spokesbadger for the Harold Wood colony, “we’re glad it’s worked out for them but now the Tories’ll be looking to save face and viciously off something else. They’ll take it out on someone and their traditional prey, miners, seems to have gone extinct.” END_OF_DOCUMENT_TOKEN_TO_BE_REPLACED

Comments Off on ‘They’ll take it out on someone’: badgers fear attack from government denied chance to twat foxes

“Screw you foxes!” Badgers delighted to move down a place on Tory hit list 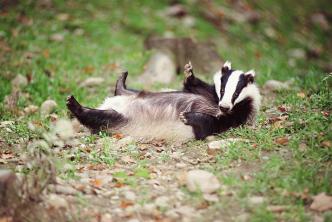 This is what a badger that’s laughing so hard it can’t get up looks like. So now you know.

Badgers across the UK are today dealing with fierce hangovers having spent all weekend celebrating David Cameron’s pledge to repeal the ban on fox hunting.

“It’s not that we hate foxes,” explained Furry Rita, one of the leaders of Harold’s badger community. “It’s more we’re loving not being Tory enemy number one any more. Claws-crossed they’ll even forget to send in the DEFRA death squads this year. Although do come if you fancy your chances, you shooty lowlife’s, we’ve got a surprise for you.” END_OF_DOCUMENT_TOKEN_TO_BE_REPLACED

Comments Off on “Screw you foxes!” Badgers delighted to move down a place on Tory hit list 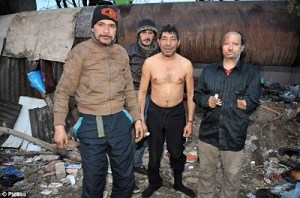 Harold became the first village in Britain to actively encourage Romanian gypsies after its council voted to fund a makeshift campsite on Harold Common. However, any thoughts that Harold was now a haven for tolerance quickly subsided after the council also legalised gypsy hunting. END_OF_DOCUMENT_TOKEN_TO_BE_REPLACED

Comments Off on Village welcomes Romanian gypsies with open arms, both holding a shotgun

The hounds have been trained to follow the scent of stress and marginalisation.

In a surprise move the government today formally legalised the hunting of Job Seeker’s Allowance claimants with dogs.

“It’s a practical measure in this time of austerity,” David Cameron told the press. “Yes, hunting foxes with dogs was made illegal in 2004 but let’s be honest that didn’t exactly put an end to the practice, now did it? So the hunts are there, the claimants are there, all we’re doing is putting the two together in a mutually beneficial arrangement that will cost the decent hard-working tax payer very little.” END_OF_DOCUMENT_TOKEN_TO_BE_REPLACED

Comments Off on Government legalise hunting JSA claimants with dogs