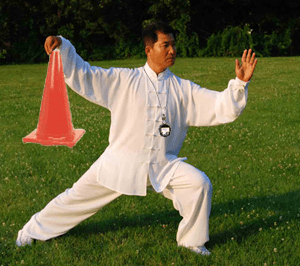 The art of Tai Chi body movement may be very gradually evolving into PE. That’s the claim in a new scientific paper, jointly written by an expert in Darwinism and a PE teacher from Harold.

“Evolution is a very slow process at the best of times,” said Dr Joan Mirror, “so when you’re dealing with the evolution of something as slow as Tai Chi, you’re probably looking at hundreds of millions of years before the hallmarks of PE begin to emerge.”
END_OF_DOCUMENT_TOKEN_TO_BE_REPLACED 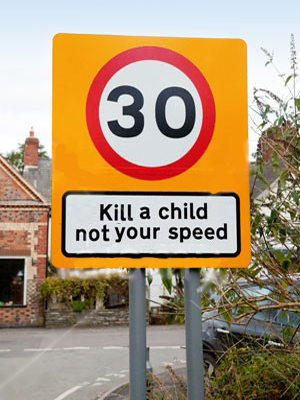 Murder rates in the village of Harold have risen dramatically over the last 3 weeks following an admin error on a speed awareness sign. The sign, which was ordered by a now sacked JSA claimant, tells drivers to ‘kill a child, not your speed’, but a reduction in funding means it would now be too expensive to replace.

Recent local government cuts has meant replacing the sign is out of the question. The local council have tried to use Tip-ex to amend the sign to read ‘kill your speed, not a child’, but have found parents too eager to scratch it off.

Councillor Ronsson, ex-father of three, explained the difficulties the council were having. “The people of Harold are a very moral bunch, so when they see Tip-ex on a sign they immediately clear the graffiti off. Unfortunately they respect authority as well, so did exactly what the sign says, some a little too keenly.”
END_OF_DOCUMENT_TOKEN_TO_BE_REPLACED