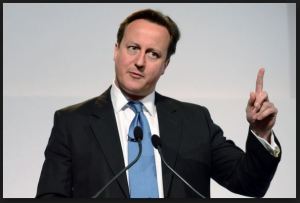 “You don’t need a weatherman…”

David Cameron could be getting in a muddle as he flits back and forth between the Climate Change Conference in Paris and earnest war-mongering efforts in London.

Fears that he is over-stretching his mind were not allayed on Monday night when he called for a Commons vote to change the Syrian climate.

“The problem is, he’s got his head in too many places at the same time,” said one commentator.

In Paris on Monday, Mr Cameron was up on his podium telling 149 other heads of state “the time is right for us all to unite and declare holy war on wet weather fronts veering south-east, strong, gale force 9 imminent.”

Back in London on Monday night, he clearly felt the strength of the wind blowing up his sails and called for a vote in the Commons on Wednesday, certain of victory in his campaign “to change the Syrian weather map once and for all.”

“All I want to do is send over a couple of hurricanes and a tornado,” he said this morning; “and I would urge the leader of the opposition to leave his principles at home and bring an umbrella instead.”

Comments Off on Tired Cameron calls for vote to change Syria’s climate.