Prince Philip to have tea with the Pope: menu includes cake and casual racism 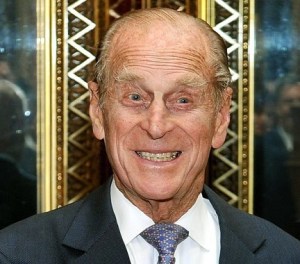 Tense times: diplomats fear that Prince Philip will not heed their warnings and insist on telling his Belgrano joke.

It should have been a pleasant occasion, two amiable old pensioners, who both believe in God, massive wealth, splendid ceremonial outfits and the undemocratic retention of power, sharing a pot of Earl Grey and a bit of gossip. Unfortunately it has been announced that Prince Philip will be accompanying the Queen to her meeting with Pope Francis at the Vatican this afternoon.

The news has caused buttocks up and down the country to clench with anticipatory embarrassment as many fear that the Prince will commit one of his trademark ‘gaffes’ when talking to the 77 year-old pontiff.

“We are all of us very tense” said a member of the Royal entourage in Rome. “A man who is surrounded by acolytes, never hears the word ‘no’ and lives in a bubble of privilege meeting the Pope. We were hoping it would never happen. For some years now we’ve been running an Argentinian exclusion-zone around Prince Philip in order to stave off diplomatic disaster but everyone wants a selfie with the Pope these days including Phil ‘n’ Liz.”

“It was easier when Prince Philip met Pope Benedict, they got talking about their youth and it turned out that ideologically they had a lot in common.”

Comments Off on Prince Philip to have tea with the Pope: menu includes cake and casual racism