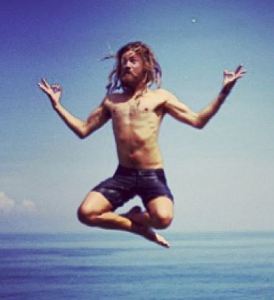 I only smoked one spliff. It was this long.

Fresh doubts over the future of Britain’s High Speed rail network HS2 were raised today following a new ley line speed record set by flying yogi Danni Skodsborg from Scarborough.  Mr Skodsborg made the 500-mile round trip from the North East coastal town to the West Country resort of Ilfracombe and back in under an hour, using ‘nothing more than the power of thought’ to draw energy from the ancient ley line that connects the two towns.

News of the new record has led some to question whether the country should be investing in a new High Speed rail network when existing systems are shown to be faster, even if it does take a bit of ‘delving about in the dark arts’ to access them.

END_OF_DOCUMENT_TOKEN_TO_BE_REPLACED

Train companies to use 4.1% fare rise to create ‘bring your own seat’ carriages. 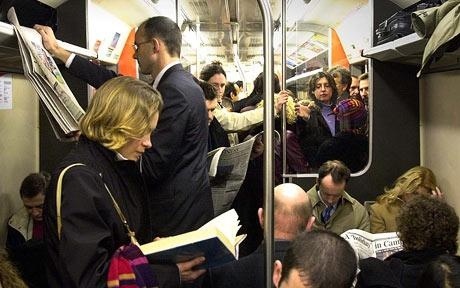 With the announcement that rail fares will rise by an average of 4.1% next year, train companies have unveiled how they will use the extra money to increase seating opportunities for customers during peak periods. Current rolling stock will be stripped out and tickets will now be sold on a ‘bring your own seat’ basis.

“We acknowledge that passengers tend not to like change, so we will keep the option to stand for a three hour journey” Great Western trains managing director, Tim Hopwood, explained. “We believe this will still be the most popular option following our trials on livestock, but for the most discerning customer they can bring their own seat.”

The news has led to people panic buying, leaving many motorway service areas without stock of their 2 for £10 camping chairs.

Passenger groups have said that although they are not happy with a 4.1% rise in fares being used to reduce the level of service they receive, they have said the changes are not as bad as they though they would be.

In a statement, one group said they had feared much worse after seeing prototypes for roller blades adapted to run on rails. However the train companies have said they were just testing out the idea, but the trials on the same livestock was less successful.

Controversially, these changes will see first class carriages also stripped bare, but as Mr Hopwood explained, this will cause far less of an issue.

“We found that those that have the sort of money that means they can upgrade from a private jet to a first class rail ticket are usually in the position to have staff carry they couch on board for them, or at the very least, they can sit on one of their civil servants.”

Comments Off on Train companies to use 4.1% fare rise to create ‘bring your own seat’ carriages. 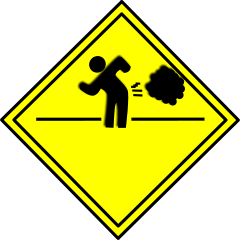 The Greater Anglia rail franchise has announced plans to reserve a carriage for passengers who are unable to control their intestinal gas emissions.

A spokesman for the railway company,  who hope to eventually power trains from recycled emissions, explained the thinking behind the designation of a new flatulence carriage, for those already being dubbed ‘Fart Class’ passengers.

END_OF_DOCUMENT_TOKEN_TO_BE_REPLACED

Comments Off on Rail Company to introduce ‘Fart Class’ carriages