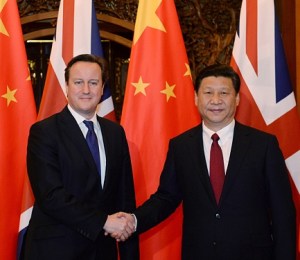 David Cameron has promised that his talks with Xi Jinping will be hard-hitting and that “nothing is off the table” when it comes to raising issues apart, of course, from raising issues.

“I say nothing but one has to be polite,” David Cameron said. “President Xi Jinping may not want to talk about certain things like human rights, anti-competitive business practices and why it might not be the best plan ever for the UK if China buys most of it. He may not even like the table in which case I’ll simply get on all fours and he can use me as a table or any other piece of furniture for as long as he wishes.” END_OF_DOCUMENT_TOKEN_TO_BE_REPLACED 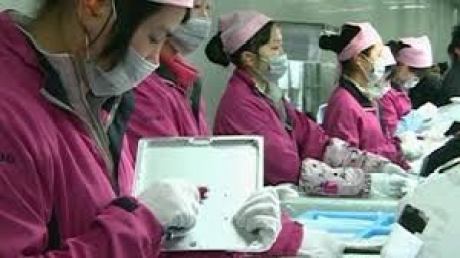 Production line staff hard at work, cleaning up for Apple

“We at Apple are shocked to the core” said Graham Cross, after secret filming at Apple’s suppliers revealed repeated staff abuse. “But rest assured. Lawyers will be all over the BBC’s arse by Monday.”

BBC’s Panorama film showed workers so fatigued that they fell asleep during rest periods and even whilst operating machines.

Cross says although it’s common practice for workers to nap during breaks, he’ll investigate any evidence of sleeping at the workbench. “If it’s proved, then firm action will definitely follow. Wages will be docked. Guilty parties will first be named and shamed and then get a verbal warning: ‘Oy, Sleepy! Don’t doze off again!’ Only in Mandarin. Probably”.

END_OF_DOCUMENT_TOKEN_TO_BE_REPLACED

Comments Off on Apple crumble over human rights allegations

Theresa May backs down over Jordan’s assurances 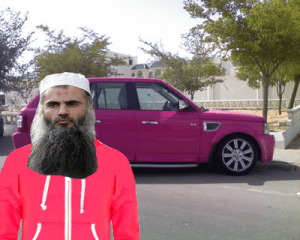 Theresa May has had to perform another government u-turn over the planned deportation of Abu Qatada. Following the announcement that there were fresh assurances over his treatment by Jordan, she has since had to admit that Katie Price was not in the best position to judge such things.

“I tried to get some reassurances from the country but turned up to the meeting a day late so I asked Ms Price. She said that his safety would be guaranteed with her, as long as he was willing to make a television show about it.”
END_OF_DOCUMENT_TOKEN_TO_BE_REPLACED

Comments Off on Theresa May backs down over Jordan’s assurances 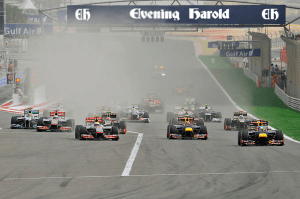