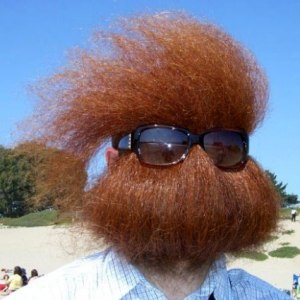 The council should consider banning young men from wearing beards in public places such as schools, a local councillor has said.

It comes after a sensitive child was alarmed by a particularly bushy farmer, while out walking with the traditional ‘potato’.

Cllr Ron Ronsson suggested action might be needed to protect the freedom of choice for Harold boys, too young to decide for themselves whether they wanted to ‘grow the veil’.

“I think this is a good topic for debate”, said Ronsson, speaking out of his smooth face. “Although we won’t be able to hear what the beardies think because they all mumble.”
END_OF_DOCUMENT_TOKEN_TO_BE_REPLACED

Comments Off on Councillor calls for ‘beard ban’ debate