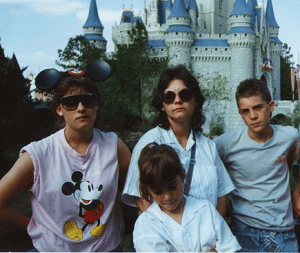 Family will flee to Universal Studios in future.

A family from Harold has spoken of their desperate journey to Disneyland, after their passports were processed a bit slowly.

With time running out fast for the Smiths, dad Michael feared they may be forced to seek holiday in Norfolk. He wasn’t prepared to subject his two children to such a fate.

“We’d done everything right”, claimed Michael. “There was a good 16 hours to go until the ferry left at the point when I filled in the passport application forms. Then I popped them on the mantelpiece for Linda to take to the post office. And yet somehow, they still haven’t bloody arrived.”
END_OF_DOCUMENT_TOKEN_TO_BE_REPLACED

Comments Off on Passportless British family claim asylum in Disneyland 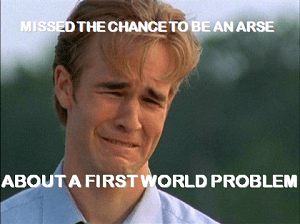 A local reaction-seeker has been urged to stop mentioning Syria in ripostes to every single problem villagers bring up in conversation.

“Thanks to the storms, my house has flooded for the first time in 60 years”, said pensioner Elsie Duggan. “At my age, it’s a difficult thing to go through.”

“But when I mentioned it in Sally’Z Cut’z while she was topping up my blue rinse, Hostage appeared from nowhere and said ‘it was nothing compared with the plight of the Syrian people’.”
END_OF_DOCUMENT_TOKEN_TO_BE_REPLACED