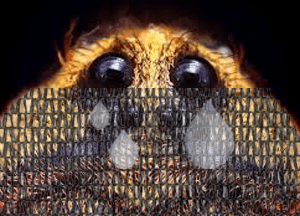 Dead husband turned out to be a raisin.

A spider from Harold has been convicted of fraud, after claiming a single person’s council tax discount and a widow’s pension.

Few would have thrown the ‘false widow’ spider a second glance in the village, except arachnophobes who might have instead thrown a shoe. But beneath her hideous exterior lay a hideouser secret, and it wasn’t an incey-wincey one.

“Ms Borisina has claimed over £15,000 in benefits, since claiming she ate her husband after mating with him in 2007”, explained PC Flegg.

“But we now know he’s very much alive, having smuggled himself abroad inside the door mirror of a Polish-registered Skoda Fabia.”
END_OF_DOCUMENT_TOKEN_TO_BE_REPLACED

Comments Off on ‘False Widow’ spider ‘was benefit cheat’

Filed under Around Harold, Crime 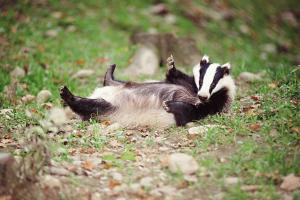 “It’s hilarious. The government made out that we were public enemy number one,” said Harold badger Manky Kevin. “Now you humans think a spider nip can make your cock drop off you’re not so worried about us possibly giving a few cows a bit of a cold, are you?” END_OF_DOCUMENT_TOKEN_TO_BE_REPLACED