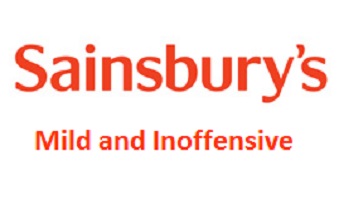 Straight after the news that Sainsbury’s had withdrawn all meat products, due to concerns about protesting vegetarians, and vegetables due to fears of upsetting meat eaters, the retail giant has announced they will not stock any Christmas related items in the run up to December 25th.

“It wasn’t an easy decision,” said a spokesperson, “ the run up to Christmas is usually our busiest time, but the majority of our customers aren’t real Christians and we didn’t want them to become upset and start cutting people’s heads off and putting the footage on twitter. That wouldn’t be great publicity, would it?”

Although he conceded that banning Christmas may be “disappointing for some”, the spokesperson said he had good news for pagans.

“We will continue to celebrate other traditional festivals,” he beamed, “and although there was speculation that we wouldn’t do Halloween, I can assure everyone, including the Harold witches coven who threatened to turn me into a toad, that we will have a full range of scary goods this October.”

Commenting on the potential loss of profits from ignoring Christmas, the spokesman said cheerfully. “We may miss out in some respects, but by being open throughout the festive season we will be able to beat our rivals by selling Cadbury’s Creme Eggs on Christmas Day.”