Badgers ask to be removed from Google to escape government persecution 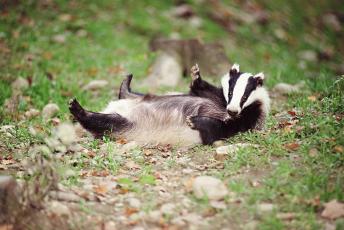 Going off the grid. You ain’t seen it, right?

England’s badgers have applied to have their details wiped from Google to escape government death squads.

“We’re exercising our right to be forgotten,” said Manky Kevin of the Harold Wood badger colony. “The Coalition are determined to wipe us out but we’re hoping if we can’t be found online they’ll lose interest and go after hedgehogs instead.”

“Now the government have confirmed they’re carrying out gas trials it’s serious,” he said. “Why must we be destroyed instead of other methods to control and ultimately eradicate bovine TB? Got to wonder about people who’d rather kill than think. If I was living in poverty and/or disabled I’d be shitting m’self.”

Manky Kevin said that they would be willing to negotiate with the government.

“We will extend a paw if they are willing to unclench their fist.” he said. “Failing that if this gas is so safe and humane why doesn’t Owen Paterson give us all a demonstration?”