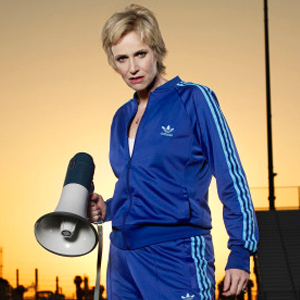 Not equipped for work? Legally she can now make you go job hunting in your pants.

In a surprise move Iain Duncan Smith has announced that Atos, the company whose callousness made Lord Voldemort look like Michael Palin, will be replaced by “some PE teachers.”

“Just because Atos is gone it does not mean that this government is going to let up on the lazy and self-indulgent who when told to get a job come out with pathetic excuses like ‘I’ve got terminal cancer’ or ‘since coming back from Afghan I’ve had crippling PTSD’,” said the Secretary of State for Work and Pensions.

“These insults to hard-working tax-payers will not be tolerated so I’ve brought in a crack force of PE teachers who by the very nature of their profession are gifted at weeding out shirkers, wets and weirdies.”

“Remember grudgingly doing PE at school because it was better to just get on with it than be shouted at by an alcoholic in a cheap tracksuit?” he said. “Of course you do, we all do, they were great days! And that’s exactly the spirit that I want brought to the DWP.”

Defending his scheme against accusations that PE teachers lack the relevant qualifications to correctly assess people’s health and circumstances Duncan Smith said that PE teachers had other qualities such as the fanatical belief that there is never a reason to miss PE and disbelieving all evidence to the contrary, especially doctor’s notes, that would make them “eminently suitable to the role.”

“Besides which the quality of service delivered will not be affected,” Duncan Smith insisted. “After all no one at Atos knew their arse from their elbow either.”

Comments Off on Atos replaced by PE teachers: Duncan Smith praises their skills at “weeding out shirkers”