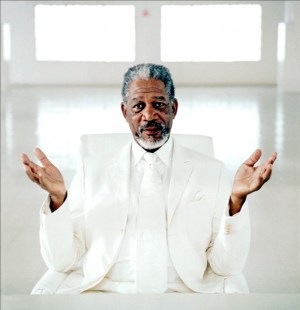 Westboro Baptist Church’s announcement that they will picket Robin William’s funeral on the grounds that he was a “fag pimp” has prompted God to announce that he has always picketed them and in fact has never once been inside nor ever met any of its members. END_OF_DOCUMENT_TOKEN_TO_BE_REPLACED

Comments Off on God announces that he pickets Westboro Baptist church 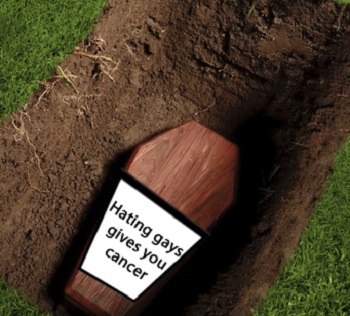 Should have given up long ago…

The anti-smoking lobby is today mourning the death of one of its most tireless and misunderstood campaigners, Westboro Baptist Church Founder Fred Phelps, who for decades picketed military funerals with large signs warning of the dangers of cigarettes.

Waving large colourful signs, Phelps would attend funerals desperately trying to explain that servicemen would stand a far better chance of survival in modern war zones if they could only give up cigarettes and improve fitness levels.

“It’s a tragedy that he never seemed to get his message across,” lamented Aaron Bryce, chairman of the ‘We Hate Benders’ society, founded to protest against the popular brand of chewing tobacco invented by Michael Bender.

“The idea that he was some kind of anti-gay bigot is just a terrible misunderstanding,” explained Bryce. “You couldn’t meet a friendlier man. We were members of the same chicken-breeding club, and many’s the night we’d stay up rubbing our cocks together into the small hours. Then he’d usually give me one.”

Filmmaker Louis Theroux, who documented Phelps’ demonstrations, admitted he had been completely wrong about the pastor. “I’m a pretty good judge of character,” he confessed, “But when I saw all the posters and stuff, I just leapt to the conclusion that the man was a rabid homophobe, devoid of the slightest trace of love or compassion, cruelly taunting the families of dead soldiers.”

“I should have realised no-one could be that much of an arsehole.”

Phelps was buried in a simple coffin befitting his modest life, the wood bare of decoration other than a massive slogan ‘HATING GAYS GIVES YOU CANCER’, with a headstone bearing an enormous photograph of a gnarled and blackened heart.