The Beast of Harold (an unsolved mystery) 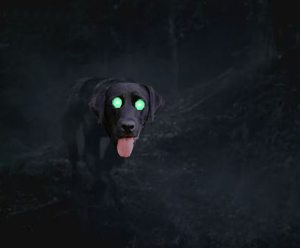 Villagers on the outskirts of Harold spoke yesterday of their fear and horror after numerous sightings of a mysterious beast were reported.

Residents spoke of hearing a continuous low growl, the sound of claws scraping over stone, a heavy chain dragging and other sinister and otherworldly noises.

Those who saw what has been called The Beast of Harold, describe it as a large, dog-like dark-furred animal, around the size of a Shetland pony and with amber eyes which blazed an iridescent green in torchlight.

END_OF_DOCUMENT_TOKEN_TO_BE_REPLACED

Comments Off on The Beast of Harold (an unsolved mystery)