The idiot Liam Fox: US steel tariffs ‘are all part of my cunning plan’ 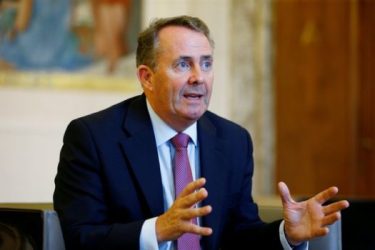 “Darling, the baby sitter’s here.” “Good God, tell him we’re not going out.”

Liam Fox has welcomed the imposition of swingeing tariffs on steel by the USA. “This is going very well and to plan” explained Fox, whose job is signing international trade deals but is actually only qualified to sign sick notes or prescriptions.

Fox insists on being addressed as ‘Doctor’, despite having no doctorate or current employment as a medic *.

To put that in perspective, imagine your gardener demanding to be addressed as ‘Officer’, because she worked for the Police twenty years ago.

Unsurprisingly Fox’s ego is one of the few wholly one-man-made structures visible from space. The utter, utter prick.

Comments Off on The idiot Liam Fox: US steel tariffs ‘are all part of my cunning plan’

Liam Fox: “EU mustn’t blackmail UK” (he himself has never been blackmailed) 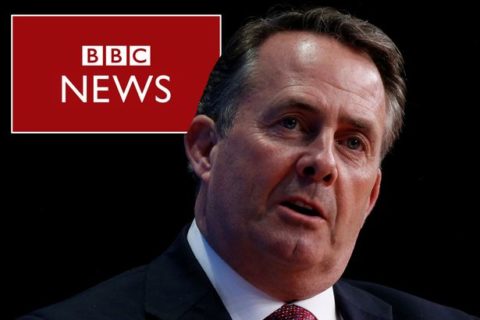 “Does my head look big in this studio? And it’s Doctor Fox to you, you BBC bastards.”

Liam Fox says choosing the word ‘blackmail’, to warn about the EU’s Brexit approach, wasn’t informed by personal experiences of being blackmailed over something from his past he’d prefer to keep private, locked away, in a closet.

In fact, Fox believes words should be carefully used. As a former GP, he insists on being called Doctor Fox and addresses colleagues in like manner; Journalist Gove, Serial Business Failure Rudd, and Congenital Liar Johnson. END_OF_DOCUMENT_TOKEN_TO_BE_REPLACED 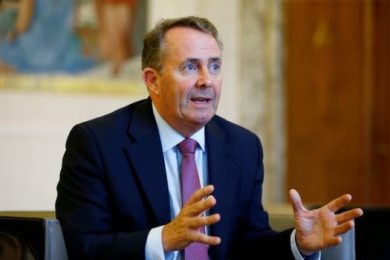 Look, the answer is as plain as this £350m gold brick I’m holding

Brexiters wanting a skydiver-without-parachute EU exit have been reminded that a referendum might be the answer.

Remainer Jason Beesley from Harold says he “feels the pain” of hard Brexiters and suggests an advisory, binary, Yes/No poll might clarify what the UK public wants. 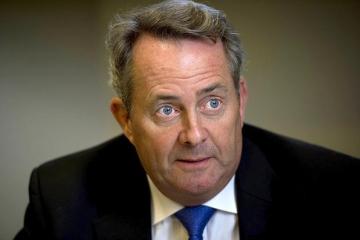 An awful Pot, with no discernible personal or professional boundaries, has criticised Britain’s Kettles for preferring to play “golf on a Friday afternoon”, rather than buggering up the UK’s economic future.

The Pot had been hiding under a stone for some years, after people found out that he was a shabby, chancer of a Pot. Being shameless however, the Pot assumed that like him, people had forgotten all about his expenses-hoovering, breaches of parliamentary rules, and vewy special welationship with Wewity Wabbit. END_OF_DOCUMENT_TOKEN_TO_BE_REPLACED

Tagged as Evening Harold, golf on Friday afternoons, liam fox, satire, too lazy and too fat 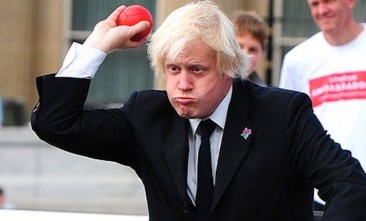 There was sadness across the nation this morning as everyone realised that the much hyped ‘war’ between Boris Johnson and Liam Fox isn’t proper and that neither of them are going to get so much as paper cut . END_OF_DOCUMENT_TOKEN_TO_BE_REPLACED 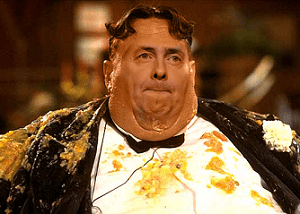 Disgraced omni-dubious former Secretary of State for Defence Liam Fox has called for a return to days of Thatcherite values when more casual regulation meant people like him could stick their sweaty noses into the trough unopposed.

Fox, seen as a standard-bearer of the Tory right, will call for the party to fight the next general election on a radical platform of tax cuts, privatisation and deregulation from people like himself, who spunk public money on their old mates who live with them in rent-free orgiastic luxury.

“What this country needs to get back on its feet is a total absence of regulations preventing Ministers from giving Britain’s money to old male chums, when said chums have no government role whatsoever,” Fox explained. “Old being a relative term of course, for close buddies who are 17 years younger than oneself, and enjoy sharing a pig’s trotter stuffed with lark’s vomit. The very real risk that such behaviour could have almost landed one with a custodial sentence is acting as a brake on investment, and could significantly impact my retirement plans.”

END_OF_DOCUMENT_TOKEN_TO_BE_REPLACED

Comments Off on Britain needs less protection from people like me, says Liam Fox