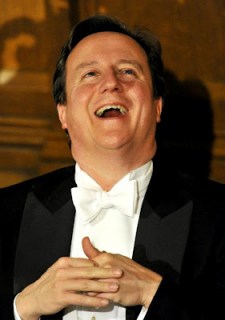 A UK citizen killed abroad is a tragedy. If they’re killed by their own government it’s an economic necessity

David Cameron says that flying UK citizens home from Egypt is a top priority as he much prefers it when they’re killed by his government and not Islamic fundamentalists.

“The decisions that I am taking are about putting the safety of British people first,” the Prime Minister said. “Until they’re back home and then Iain Duncan Smith can hunt them with dogs for all I care.” END_OF_DOCUMENT_TOKEN_TO_BE_REPLACED 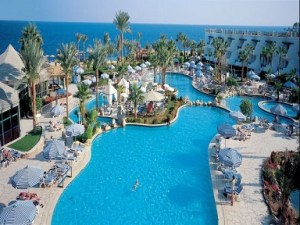 The estimated 20,000 Brits who are stranded in Sharm el-Sheikh are doing their best to sound like they are not happy about the situation.

When interviewed for news reports tourists are muttering about ‘poor information’ and ‘not really knowing what’s going on’ while edging away, keen to get back to the bar of their all-inclusive resort before a queue forms. END_OF_DOCUMENT_TOKEN_TO_BE_REPLACED 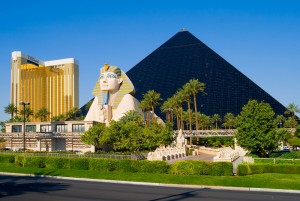 Las Vegas is planning to make the Luxor casino resort ‘even more Egypty’, by dressing some staff as terrorists.

Renowned for its eye for historic detail, the Pyramid-inspired hotel will soon ring to the sound of small ‘entertainment explosions’.

“We know that Americans are fascinated by Egypt, just enough to drive to the desert and gawp at a fibre-glass sphinx”, said manager Chuck Kowalski.

“But a few have complained that it isn’t authentic, and that there aren’t enough terrorists for them to have a pop at.”

Kowalski blames the internet for leaking news of the ‘real Egypt’ into the conscious of America, but sees desperate suicide bombers as an opportunity, rather than a threat.

“All our staff are paid equity and we provide them with medical insurance, as well as some pretty good bullet-proof vests.”

“Why not empty a clip into the chest of a young man dressed as a terrorist?”, asked Kowalski, “and then brag about it afterwards, over a talibanana daiquiri in the Muslim Brotherhood bar?”
END_OF_DOCUMENT_TOKEN_TO_BE_REPLACED

Save your kisses for me!

The announcement last night that deposed Egyptian President, Mohamed Morsi, is to appear on Piers Morgan’s life stories was heralded as a major coup for ITV.

Seen as the biggest TV event since Piers snatched Susan Boyle from under the noses of Virgin Media, the programme promises to showcase Morgan’s true journalistic brilliance as he holds no punches by asking the questions to which the world wants answers. END_OF_DOCUMENT_TOKEN_TO_BE_REPLACED