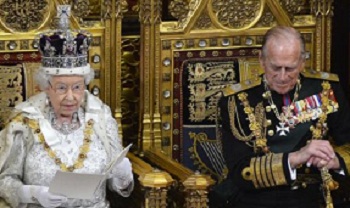 There was uproar at Westminster this morning after the Queen read out a list of half-baked UKIP policies instead of the expected zombie speech from the Coalition Government.

There were murmurs in the Lords almost immediately as the Queen uttered the words “My Government will get out of Europe by teatime.” These turned to mutterings and looks of surprise as she announced the immediate closure of the Channel Ports and the Tunnel.

By the time she had announced that Scottish Independence would be encouraged by offering Ulster as a going away present to the “ungrateful bastards”, it was clear that something was amiss. END_OF_DOCUMENT_TOKEN_TO_BE_REPLACED