Kanye West ‘delighted’ he has new constellation too 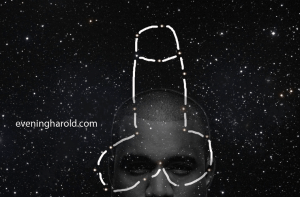 Following the announcement that he is going to soil David Bowie’s legacy by recording a rubbish tribute album, Kanye West has also insisted that he too should get a new constellation in his honour.

Scientists recently announced a new lightning bolt-shaped constellation has been registered as a memorial to Bowie, and Kanye immediately called for his own stellar tribute.

The same team of astronomers were quick to announce the new “Kanye Constellation” in the stars of Ursa Major, which has been informally named “The Knob”.

END_OF_DOCUMENT_TOKEN_TO_BE_REPLACED

Comments Off on Kanye West ‘delighted’ he has new constellation too 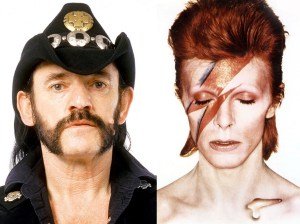 The Grim Reaper has announced that his project for 2016 is to put together a truly remarkable band in the afterlife.

“I took Lemmy and then thought, hang on, this could be the start of something big so I carried on,” the anthropomorphic personification told us. “After Lemmy for bass I went huge for the front man and got Bowie and now there’s also Dale Griffin on drums and Glenn Frey on lead guitar.”

“A band this awesome needs a hugely charismatic person to introduce them and no one fits the bill like Alan Rickman.” END_OF_DOCUMENT_TOKEN_TO_BE_REPLACED

Comments Off on Grim Reaper putting together a bloody brilliant band