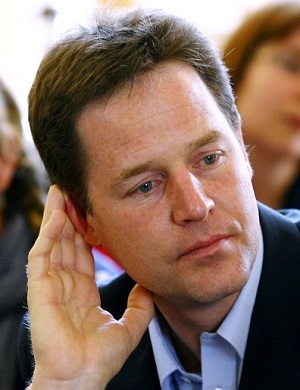 Greece’s Prime Minister has asked David Cameron for Nick Clegg on loan, as he prepares for a massive climb down on pledges which brought him election success.

The untried Greek government has no experience of being in power and wants a seasoned u-turner behind the scenes to help with excuses.

“Nick is going to be out of contract in May anyway” said Cameron “so we’re lending him out a couple of months early, for 30 hours a week, as a condition of his JSA payment.”

Meanwhile Finance Minister Yanis Varoufakis said he would ‘work night and day until Monday’ to devise the list of reforms. “Except for the weekend, obviously. No-one works weekends in Greece.”

One Response to UK lends Greece Nick Clegg, to help sell their sell-out