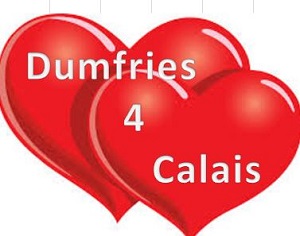 Contingency plans are well advanced on both sides of the border in readiness to respond to the inevitable rush of economic migrants from Scotland in the event of a “Yes” vote for independence.

With Gordon Brown’s initiative to save the Union doomed by definition of it being a Gordon Brown initiative, the Coalition Government is treating the possible invasion of hordes of insurgent Scots, once reality kicks in and they realise they have nothing to live on other than pride, porridge and potatoes, as a real threat to the Disunited Kingdom.

Realising that his, as yet unveiled, programme of ethnic cleansing may frighten off second generation Scots, Alex Salmond is said to be keen to maintain border security.

As a result, border patrols will stepped up and camps will be established along the frontier with the largest at Dumfries, which has been twinned with Calais.

Although deputy leader Nicola Sturgeon has played down fears of a tartan curtain coming down across the border she admitted that there could be instances when individuals may be refused exit visas. “This would only happen in exceptional circumstances,” she said, “for instance, if the applicant was Scottish.”

A Whitehall insider tried to summarise to situation. “After 18th September everything could change. The border could become just the same as the frontier between the United States and Mexico, with Scotland being Mexico,” he commented. “In the event of a Yes vote, nothing gets through. Not even Nessie, the Loch Ness Monster.”