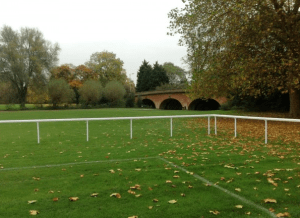 A playing field at Eton: more important than you, your families or your homes could ever be to this government

As the Thames bursts its banks and parts of Berkshire flooded the Environment Agency swung into action with an ongoing and limitlessly resourced operation sanctioned by the government to ensure that not one inch of Eton College’s four hundred acres of grounds gets even slightly damp.

Late last night David Cameron chaired a meeting of the Cobra emergency committee telling press afterwards: “As we continue to face these extraordinary weather events, I am making sure that every resource is available not to the communities affected but to guarantee that my favourite community is not.”

The Prime Minister defended his orders which include sending hundreds of troops from the better class of British Army regiments to block the rising waters by any means necessary up to and including using themselves as human breakwaters so that all of Eton College remains dry.

“It’s simply common sense,” Cameron said. “Eton is vitally important to me and my chums which is why Eric Pickles will not be in charge of this operation because he’s a grammar school oik. Boris Johnson will be taking over lending the whole thing the class that only an Eton education provides.”

Responding to the storm of criticism that has blown up over Operation Floreat Sicce Etona then intensified following the leaking of a map of England which shows the whole country underwater apart from Eton College, Chipping Norton and a nice little pub in Oxfordshire, Cameron said: “I will do anything to protect the country I love from flooding. Perhaps I should’ve explained earlier just how small that country is.”