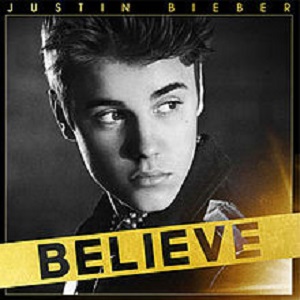 Public are advised to avoid the album at all costs.

An album by Justin Bieber is facing prosecution after inflicting itself on an innocent driver.

The disparate collection of mp3 tracks, known collectively as ‘Believe’, caused the driver to deliberately drive into a wall.

“I was heading down the A34 minding my own business, doing the ‘steering wheel drums’ to a track by Bruce Springsteen”, said the victim, Derek Handley.

“Suddenly there was a terrible pain in my ears and my vision was clouded by a red mist. I’d been set upon by a youth, probably Bieber or One Direction”, said Handley.

“The inanity was all over me, it was like being suffocated with marshmallows. So I tried to defend myself, by driving my car into a house.”

Police believe the album may have ingratiated its way into Handley’s trusted iPod, after his daughter borrowed it for her 11th birthday sleep-over.

PC Flegg has vowed to make an example of the insipid racket. “Like it or not, pop albums have a responsibility to act as a role model in society”, she insisted. “They should set an example to children that not all music has to be shite”, said Flegg.

“We want the home office to label this saccharine dross with a warning, a 9 certificate should do it. If you’re older than that, you really ought to know better.”

Comments Off on Justin Bieber album charged with assaulting driver