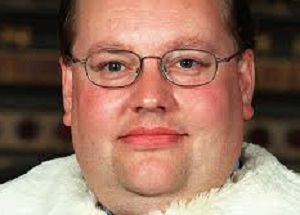 “Isn’t it better to leave both parties equally disgruntled and confused? Shouldn’t justice be a ‘no score draw’? Of course it should, that’s the Liberal Democrat way.”

Nick Clegg outlined his plans for a new Court of Balanced Justice. “It’s a bit wooly at the moment, but then that’s what you’d expect from me”, said the middleman. “But if we get it right we should be able to simultaneously besmirch someone’s good name while at the same time letting a monster walk free. It’s the only fair way of making sure no-one’s happy.”

The deputy PM outlined how all the evidence would be considered with the juiciest bits being published in the tabloids. “And then published again in the broadsheets, but in a way that sneers at the tabloids”, he explained. “The court artist will make the defendant look shifty with his eyes too close together. But we’ll make him add a halo, to reinstall some balance.”

The proposal recommends that each trial is ended by a Gallic shrug from the judge, who turns and leaves without making any comment. “Then it’s up to the defendant to apologise, or not as he sees fit”, said Clegg. “The public gallery can spit on him, as long as they later pay for his dry cleaning.”

Nick Clegg thinks the strategy will be popular with voters and not just another way of avoiding taking any responsibility. “It’s bound to sit well with our party, because it’s a bit like being in a coalition. Hardly anyone voted for us and no-one particularly likes us. But if you look at where we’re sitting, we neither won or lost.”