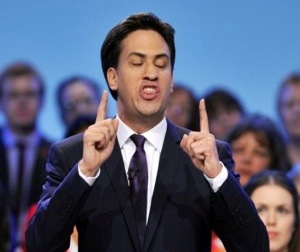 Not calling for a pre-election baby boom in 2008 is seen by many inside the Westminster bubble as the main reason Gordon Brown lost the 2010 election.

“If only there had been a healthy spread of babies in Rochdale, he would never have had to engage in a sensible conversation about immigration with Gillian Duffy” Mr Campbell continued. “But instead he tried answering her questions by lifting her up, kissing her on the cheek and telling the camera how pretty she was.”

“When she didn’t react to his media-friendly molly coddling, instead insisting he addressed her genuine concerns he was left with no other option but to call her a bigot while still being recorded.”

There have been some critics that disagree with making people feel they should be having children just to meet the needs of a politician’s election ambitions. In particular, Nigel Farage has come under attack for asking UKip supporters to try to give birth to non-white babies.

“I don’t want any of my candidates being accused of only kissing white children” the UKip leader explained. “If you thought the reaction to Gordon Brown calling a pensioner a bigot was bad, it will be nothing compared to the outcry of Godfrey Bloom smacking Michael Crick over the head with a toddler.”