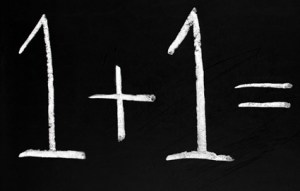 Soon to be as unfathomable as Nick Clegg’s purpose.

David Cameron has announced at a press conference that the government has made maths illegal.

“We looked at what was best for Britain, what would help us move forward as a nation,” he said. “And the answer was obvious. What’s caused all our recent financial troubles that under George Osborne’s inspired and creative leadership as Chancellor of the Exchequer has got far worse than anyone imagined? Not sure that bit’s been written out properly, anyway it’s numbers. They are dangerous and so we going to ensure public safety by putting the understanding and manipulation of numbers beyond the reach of ordinary citizens.”

“Mathematics and numbers have caused unnecessary worry and banning them will improve national morale,” the Prime Minister went on to explain. “For example there’s the number of people who have killed themselves following an Atos decision or having their benefits cut in other ways, that’s a bad number we don’t want people having access to that one anymore. Then there’s the statistics which prove that benefit fraud is committed by just 0.8 percent of claimants and amounts to around £1.5billlion which if someone has the skills can then be all too easily compared to the ones that show tax evasion by big business costs the economy anything between thirty and fifty times that amount. More bad numbers, best hidden away. Shhh.”

Mr Cameron attacked what he regards as “a dangerous press obsession with maths and numbers” saying that he was fed-up of reading that tax evasion by companies like Google, Amazon and Starbucks was just the tip of the iceberg and that the UK has become the off-shore tax and dodgy accountancy haven of the world. He also lambasted “deliberately provocative mathematics” such as that which shows just how far the Tories and the Lib Dems have slipped in opinion polls along with the personal approval ratings which list him as the least popular Prime Minister since the Second World War.

But it was not all criticism. Mr Cameron was keen to talk up the positive aspects of making being numerate a jailable offence.

“One of the key benefits to making mathematics illegal is that there will be an instant rise in education standards as currently maths is often poorly taught by teachers who are neither qualified or comfortable with subject. Obviously one or two institutions will continue to teach and research maths: namely my old school and my old college. This will guarantee that maths is used  by those best-suited to harness its power by running hedge funds, financing PFI schemes and privatising the NHS while ensuring that their level of personal gain is both massive and as near to tax-free as possible.”

“No one else need concern themselves with what’s going on. And banning maths means that you can’t.”

Comments Off on Government bans maths