Tag Archives: Tories getting into bed with UKIP 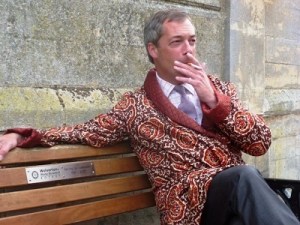 Senior Tory and Chief Whip Michael Gove ruled out getting into bed with UKIP’s Nigel Farage after the election, but said a three-way bondage romp with himself, Farage, and Theresa May in the Commons toilet was still on the table. Nick Clegg might also be allowed to watch.

“Our MPs are renowned for cavorting with call girls, each other’s spouses, bondage mistresses, barely legal school children, and sundry animals in all sorts of locations. Our image would be ruined if we merely got into a plain old bed with Mr Farage. The Conservative Party has very high double standards to maintain” said Mr Gove.
END_OF_DOCUMENT_TOKEN_TO_BE_REPLACED

Tagged as hung Parliament, Michael Gove, nigel farage, theresa may, Tories getting into bed with UKIP