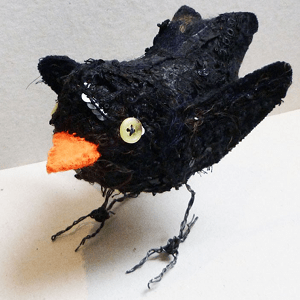 Hobbly the Blackbird has already spawned his own merchandise.

An intern on popular wildlife show ‘Springwatch’ has revealed how she was forced to maim a songbird to meet BBC diversity targets.

Hayley Swank was ordered to ‘blunt its beak, or pull a wing off or something’ by an Inclusiveness Director on the programme.

“I asked if I could just give one of its legs a chinese burn”, said Swank. “But they told me I was being racist.”

Instead, Swank pulled a couple of feathers out and fed it a heavy pie, so that on camera at least, it appeared just disabled enough to not offend the audience.
END_OF_DOCUMENT_TOKEN_TO_BE_REPLACED

Comments Off on Springwatch crippled blackbird ‘to improve show’s diversity’