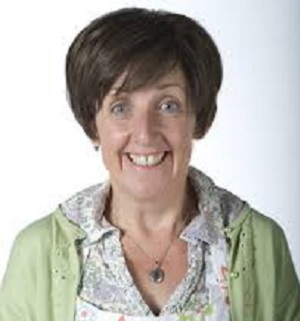 A woman on a downtrodden street in the north pretended to have cancer in order to claim a television award.

Julie Hesmondhalgh, also known by her alias ‘Hayley’, told neighbours and family that she was terminally ill. But after collecting millions of viewing figures and tweets of support, it later emerged that the woman was making it up.

“I really felt for Hayley, or should I say ‘Julie’, it was heart-breaking watching her go down hill so fast and then topping herself off”, said hoax victim Elsie Duggan.

“I’m in a retirement home so that sort of thing happens a lot. But her being in the public eye just seemed to make it all the more real.”

Television authorities have been tracking the fraudster using cameras and a massive award ceremony.

“Despite having cancer and being dead she walked unaided to the stage. She was pretty sprightly for the recently deceased”, revealed Duggan. “And to cap it all she showed no remorse whatsoever. In fact, she looked really pleased with herself.”
END_OF_DOCUMENT_TOKEN_TO_BE_REPLACED 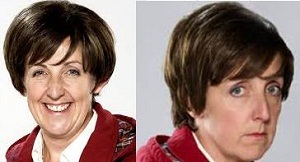 Despite an intense campaign from viewers, ITV executives have confirmed that Coronation Street’s Hayley Cropper, currently suffering from terminal cancer and the centre of an assisted suicide storyline will not be given an eleventh hour reprieve.

The news will come as a bitter blow to devoted fans who had hoped that the popular character might receive a miracle cure, similar to that of Downton Abbey’s Matthew Crawley, who staggeringly not only regained the use of his legs after a WWI shell blast, but also had a genital transplant enabling him to father an heir to the Downton millions. END_OF_DOCUMENT_TOKEN_TO_BE_REPLACED