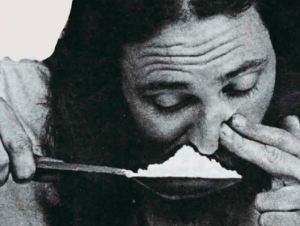 A weekend IMHO poll has revealed that most people feel relaxed about our nuclear warheads being under the control of wide-awake clear-thinking coke-snorting top-flight gamers, and that this is way preferable to President Trump having his finger on the big button.

“These guys in the submarine are best in class when it comes to video war games,” said Harold teenager Kevin Ronsson. “They’ve got hand-eye coordination like you wouldn’t believe and they’re so sharp-brained they can beat you at chess with one hand while fending off incoming with the other. Whereas Trump is more like a thick dickhead, still stuck on level 1 in Hungry Horace.”
END_OF_DOCUMENT_TOKEN_TO_BE_REPLACED