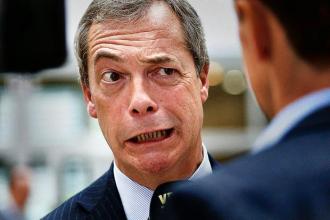 It’s a nice idea but how can people like this integrate into normal society?

Disastrous attempt to breed a golden retriever that could hold down a very simple job, Boris Johnson, was heckled at a Leave rally earlier today when he proposed an amnesty for long-term Ukip supporters. END_OF_DOCUMENT_TOKEN_TO_BE_REPLACED 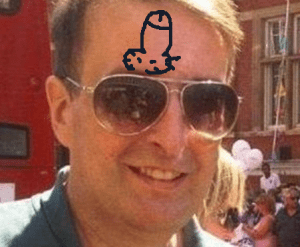 The government and Buckingham Palace have announced that in what is believed to be an historical first, capital punishment will be reinstated for a single day, solely so that the monumental tosser who boasted of “Confronting” a Muslim woman about Brussels can be beheaded, or perhaps face a firing squad.

Matthew Doyle, an illiterate partner at a south London-based talent and PR agency, tweeted yesterday: “I confronted a Muslim women [sic] yesterday in croydon. I asked her to explain Brussels. She said “Nothing to do with me” a mealy mouthed reply.”

In a statement read out in parliament, Queen Elizabeth explained the reasons for this unprecedented move.

“Frankly, he’s an arsehole,” explained Her Majesty. “We mean, there are lots of arseholes out there, but this guy is just the most stupid, 500 carat gold-plated arsehole one has ever met.”

END_OF_DOCUMENT_TOKEN_TO_BE_REPLACED

Comments Off on ‘Mealy mouthed’ Brussels tweet guy to be beheaded