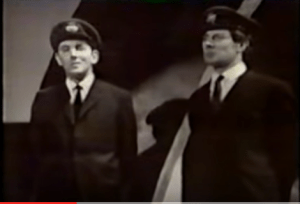 Don’t know why these two are on our minds

Jeremy Corbyn has told shadow chancellor John McDonnell to sacrifice himself for the good of Labour’s election campaign.

“The election’s not going very well, you know,” said Corbyn. “It’s a psychological thing rather like a game of football and in football ten men often play better than eleven so I’ve asked John to be that one man.”

“I want him to lay down his electoral life. Labour need a futile gesture at this point to raise the whole tone of its campaign. John has been ordered to get up in a crate, pop over to the East Midlands, take a shufti and not to come back. God, I wish I was going too.”

“I’d order Diane Abbott to do the same,” he added. “But she’s doing fine destroying herself without needing to be told.”