56% to vote Womble at next election: shock poll reveals 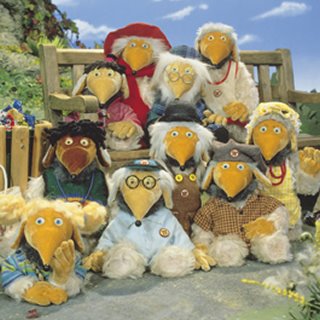 Theresa May’s vision of it always being Tories but never Christmas has been dealt a stunning blow as a new poll revealed that fifty-six percent of voters are planning on voting Womble in 2020. Many of those polled cited the Wombles’ ability to clean up Wimbledon Common and make good use of the things that they find without messing it up, going massively over-budget, selling most of it to overseas shell companies or employing George Osborne as especially appealing.

“We weren’t planning on entering politics,” said spokeswomble Great Uncle Bulgaria. “But as a team from many nations pulling together for the common good we believe that we alone know the true value of the NHS. And we know the value of individuals. Wombles are not selected at eleven so that the few can thrive at the expense of the many. We know that not everyone can be a Tobermory and that’s okay. Wombles treasure Orinocos too.”

Great Uncle Bulgaria went on to say that despite sharing some common ground the Wombles have no fear that they’ll be competing with Labour for votes. “One thing we’ve learned over the years is that everyday folks leave a lot of things behind and for some in the Parliamentary Labour Party that seems to include the desire to get elected.”

Comments Off on 56% to vote Womble at next election: shock poll reveals