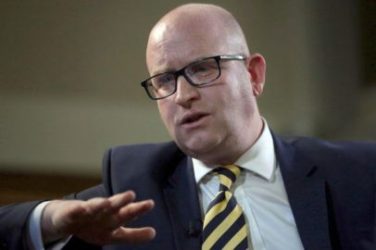 Oh, yes I am leader of that UKIP. I thought you meant the other UKIP

Paul Nuttall has no idea how claims that he was leader of UKIP, ‘The Friendly Face of Racism’, appeared on his website. “Wasn’t me.” he said “Prove it.”

Nuttall blamed a ‘press officer’ for other, more believable claims; that he’d scored the winning goal in the 1966 World Cup final, held a PhD from John Lennon University and been awarded the Nobel Prize in Theoretical Physics, for work on limits to people fitting into a finite place.

He also admitted that previous claims that he lost “close personal friends” in the Hillsborough disaster were not strictly accurate. “I knew it couldn’t be true” said a teacher of Mr Nuttall at the time – “it was well known in the staff room that Paul didn’t have any friends at all, let alone a close one.”

“I was definitely at Hillsborough in 1989 though.” insists Nuttall now. “Geoff Hurst. ‘Some people are on the pitch, they think it’s all over’ – you don’t forget something like that.”

Mr Nuttall, a candidate in the Stoke parliamentary by-election,is campaigning to bring back honesty to UK politics. He is 63.

One Response to Paul Nuttall denies being UKIP leader