We have enough jars of Dolmio now, thank you, say food banks 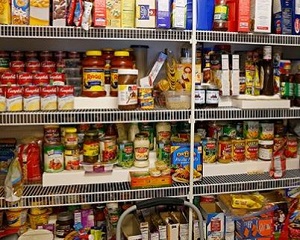 Before you dump, think it through.

Food banks up and down the country now have enough jars of Dolmio pasta sauce to sink an Italian battleship, thanks to the caring generosity of well-meaning do-gooders.

“As soon as I found out just how much sugar and salt they add to the pink sludge, I emptied my cupboards and started pouring the stuff down the sink,” said housewife Daphne Newton.

“Then my teenage daughter pointed out that the amount of precious clean water and costly sink cleaner I was using far outweighed the benefits of recycling the empty jars and demanded I deliver the remaining two dozen jars to the food bank instead.”

“Well, I couldn’t believe my ears when the woman at the food bank said they already had enough of that particular item, thank you.”

Food Bank Ltd director Mable Johanssen explained politely that the poorest members of society already had a consistently shorter life expectancy than most, due mainly to a poor diet with too much sugar and fat, and she wasn’t prepared to add to their problems with killer giveaways.

“This Dolmio scandal is just one more Tory plot to kill off the poor,” she said.

Village tramp John Horse, who sits at the extreme edge of the food chain, said it wasn’t fair that people wealthier than him, ie mainly everybody, should offload their highly processed crap on the very people who needed better.

“I haven’t seen that George Osborne popping in with a few spare tins of caviar and a couple of magnums of Bollinger,” he observed.

Comments Off on We have enough jars of Dolmio now, thank you, say food banks