Syrian air strikes: MPs to examine their consciences; or ‘ask the wife’. 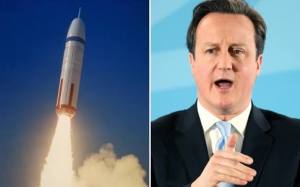 Excuse me while I let this off…

Prime Minister Cameron has sent all MPs back to their homes and constituencies this weekend with clear instructions to examine their own consciences about the exciting prospect of bombing the shit out of Syria.

“It’s diplomatic language,” explained a spokesman for Number Ten. “Most of the male members [of The Commons] haven’t got a clue how to think straight and reason with logic, especially if they try to fit it in while watching Match of the Day.

“Their wives, on the other hand, have very clear views, often expressed in a tone of voice that obviates the need for further discussion, while cooking dinner, sorting the laundry, helping the kids with their homework and planning the Christmas seating arrangements.”

“Hopefully,” he concluded, “they’ll all come back here on Monday morning, eager to toe the line, or risk hanging their members [their penises] out to dry for the foreseeable future.”

The only exception will be Opposition Leader and staunch vegetarian Jeremy ‘Make Tofu Not War’ Corbyn, who remains opposed on principle and would likely sever all diplomatic ties with his other half, rather than compromise.

And there are those on the Tory benches, for whom logical reasoning is but a distant dream, who remain opposed to anyone being opposed to something on principle, as a matter of principle; and therefore resort to calling him ‘a twat’.

But, as Deputy Labour Leader Tom Watson tweeted, “He’s happy enough to drop the odd stink bomb in the Commons. With his diet, it’s tantamount to biological warfare.”

Comments Off on Syrian air strikes: MPs to examine their consciences; or ‘ask the wife’.