Mawkish opening ceremonies ahoy: London Olympics to be held again without Russia to make it fair 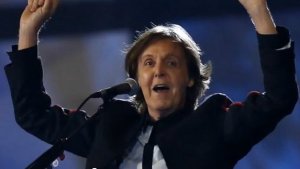 He’ll just carry on for the new closing ceremony. He’s still doing the chorus to Hey Jude from last time

In a surprising move the International Olympic Committee has ordered that the London 2012 games be held again next week. To make it fair this time around Russia will be banned from competing and newly suspect countries in the doping crisis, Kenya and Ethiopia, will have to compete in their pants.

“Since the report proving that Russian athletes were higher than Marge Simpson’s hair during the games it’s only right to do the whole thing again,” said London 2012’s Simon Cowell, Sebastian Coe. “We can easily restage the Olympics because it’s not like a lot of the venues have been poorly maintained, many athletes have had their funding cut, or that there’s actually less sport played in this country than there was three years ago due to facilities being closed and sold to developers.”

“That’s definitely not what’s happened,” he said. “Taxpayers coughed up £8.92bn to host the bloody thing in the first place and of course its legacy has proved lasting.”

When asked to give an example of how it had Lord Coe suddenly remembered that he’d left the oven on and had to hurry away.

Comments Off on Mawkish opening ceremonies ahoy: London Olympics to be held again without Russia to make it fair