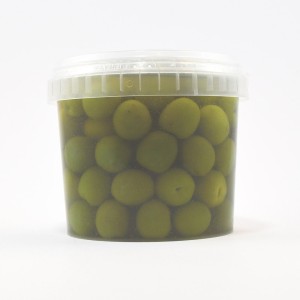 The olives of wrath.

Donors to a Harold food bank can now meet the recipients, and snatch things back if they don’t look grateful enough.

Fearing her tubs of anchovy-stuffed olives might end up in the hands of ‘awful families with no manners’, Pippa Delaney won the right to pour scorn on poor people after taking the matter to the European Court of Human Rights.

“I’m not expecting a family that has fallen on hard times to grovel”, said Delaney, “but is it asking too much for a single tear of gratitude?” Mrs Delaney is asking the charity to draw up guidelines for beneficiaries, so they can show their appreciation more effectively.

Delaney spoke at length about the amount of effort she’d put into obtaining her olives. “Naturally, I normally procure premium antipasto, for my organic cafe Veggie! Veggie! Veggie! but for the food bank I had to make a special trip to the Sainsbury’s in Dunstable, in case anyone recognised me”, she admitted. “It was quite an eye-opener, one of the people shopping there had tattoos. I hope my olives don’t end up with someone like that.”

Much embarrassment could be avoided, says Mrs Delaney, if the charity were to introduce psychological profiling of potential donees.

“A few simple checks would sort the meek from the riff-raff. Will they write a ‘thank you’ letter or send a Christmas card? If we meet in the future, will they embrace me with unbridled deference? How many people will they tell about my selfless act?”

A lot of Delaney’s spare time is spent following the charity’s vans around council estates, and she explained how she photographs families that receive hand-outs.

“To be honest, most of them don’t look like the sort of people I’d normally associate with, and when I showed one chap my receipt for the olives, he just stared at me blankly. I told him beggars can’t be choosers and offered him the chance to thank me, and that’s when he hurled the tub of olives at my windscreen. I’ve never known such ungratefulness, it nearly put me off charity work altogether.”

Delaney has decided to wrap her remaining tub in Christmas paper, with a prominent label bearing her name, and leave it on her neighbour’s doorstep.

“Judy’s Mercedes is nearly three years’ old so she’s obviously struggling a bit, and charity should always start at home. It’s true what they say about it being better to give than receive, I feel so much better knowing they’ve gone to a good home.”