Thousands turned away from Corbynland 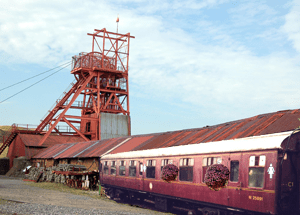 A charming trip down memory lane.

Up to 60,000 tourists have been refused entry to the deliberately grim attraction called ‘Corbynland’.

Some had waited patiently for over 30 years to visit the theme park, which features a nationalised railway for the ladies and a free lunch area for union members only.

“I got to the turn stile, and they asked me if I’d been to a rival tourist attraction before”, said Harold’s Phil Evans.

“I told them I’d been to a model village in Chipping Norton a few years ago, but it was very unrealistic. However, they said that was enough to get me barred from Corbynland.”

Corbynland is the brainchild of a group of maverick party animals, who now wish they hadn’t built it in the first place. Constructed from dreams on a dismal wasteland of hope, the backers now claim they only built it ‘for a laugh’.

“I was looking forward to having a go on the shooting gallery”, said Elsie Duggan. “There’s no guns, you have to negotiate for a prize.”

“But when I tried to get a discount with my Tesco Clubcard, they turned me away. They said it was evidence that I was loyal to the wrong failing organisation.”

However, not everyone was disappointed, as Simon Delaney explained.

“I didn’t have my wallet with me, and when you look at the small print the tickets are bloody expensive”, said Simon.

“But it wasn’t a problem: Jeremy Corbyn was there in person, and he simply printed me out some free money.”

Comments Off on Thousands turned away from Corbynland

Filed under Around Harold, Politics