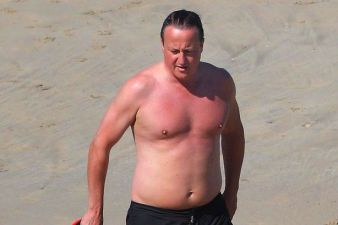 David Cameron has announced the next step in his war against people who aren’t him by saying that the obese, alcoholics and drug addicts will face benefit sanctions if they don’t get better and get working.

“It is not fair to ask hardworking taxpayers to fund the benefits of people who refuse to accept the support and treatment that could help them get back to a life of work,” the Prime Minister said. “While it’s perfectly fair to force hardworking taxpayers to bail out banks and my friends in the City because massively high-stakes gambling with money that isn’t yours is an addiction that we Tories cherish and support one hundred per cent.”

He then hurried away saying he had to meet his friend Eric Pickles for a drink and “something chocolatey and naughty” in one of the Houses of Parliament bars which are subsidised by the taxpayer at a cost of six million pounds a year.

One Response to No more benefits for fatties, says Cameron, while fat cats remain his bestest chums