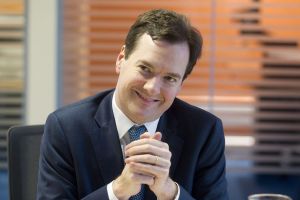 “Clearly poor people can survive on no money far better than rich people”, explained the Chancellor from below his top hat.

“Giving handouts to poor people who have no idea how to dress for a formal state occasion, control a polo pony or indeed use the correct knife for the fish course is clearly not investing wisely in the future of our country”.

“If we allow poor people to have more money then they would be less poor and therefore, naturally less able to cope. It is my belief that the money we throw at the poor would be far better spent helping rich people to maintain an acceptable calendar of social engagements”.

“It is the duty of hard working, tax paying families to support those in society struggling to keep a roof over their servants’ heads and food on the banqueting table.”

Further initiatives announced by the Chancellor today include tax relief for mill owners, and a job creation scheme to support the failing child prostitution industry.