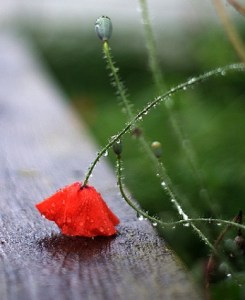 Stupid friends you have on Facebook are persisting in sharing Britain First’s posts, despite it being obvious that the organisation is a bunch of Nazi fuckwits, it emerged today. The arrival of remembrance season has made your less intelligent acquaintances even more tiresome than usual, with many happy to share a photo of Hitler provided it has a poppy and a starving dog in the picture.

Hopes had been high that even the most disappointing of your friends would have realised by now that sharing these posts is the online equivalent of wearing your own faeces as a hat, but sadly the penny seems yet to drop.

Given that remote Peruvian jungle tribes have by now learned to dismiss the ravings of this bunch of fascist arsepipes, you were well within your rights to expect that Gary who you used to work with would also have caught on to Britain First’s nasty side, but a glance at your news feed this morning was enough to dash all hopes.

Particularly depressing is the fact that these friends used to seem fairly nice, if slightly boring, leaving you now uncertain whether they were actually always stupider than you thought, or have actually always been closet racists just waiting for a dubious story about animal welfare as an excuse for coming out.

Britain First spokesman Ron Goebbels said in a statement today: “It’s true, we make it all up. We’re a bunch of drooling fascists, a really nasty bunch of racist bastards, and the money we trick people into giving us for good causes is actually used to purchase burning crosses and SS uniforms.”

OK, he didn’t really say that, but as far as your friend is concerned he might as well have done.