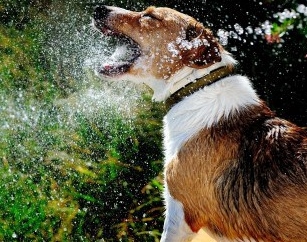 Boris Johnson has denied despotism and claimed that the water cannons bought for London are “lovely”.

“They are not, as some people are saying, a sure sign that we Tories fear riots because we’ve screwed the country rigid,” he told journalists outside City Hall. “These cannons are simply a new way for Londoners to keep cool in the heat over the next few months.”

“As Mayor of London I take the health of the people very seriously,” Johnson said. “That’s why the Metropolitan Police now have three water cannons and will be deploying them at moment’s notice if they come across any mobs that look a bit dehydrated.”

“If the mob also look run-down then then I’m hoping Fat Dave’ll sign off on the Met being able to launch a new initiative to help them to get moving in an invigorating healthy manner. But so far he doesn’t seem as keen as I am on rubber bullets.”