Cat with tuberculosis ‘was actually a bagpipe’ 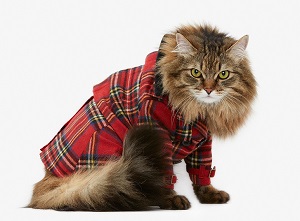 Cat or bagpipe? Experts can tell just by blowing into it.

Council health officials have confirmed that a suspected cat with TB was actually just a feral set of bagpipes.

Residents had complained about a wretched animal with rasping, asthmatic breath which had left many unable to sleep. “It went right through you, I felt so sorry for the little fella”, said local Pippa Delaney. “But at the same time, I sort of wanted to kill it.”

Bagpipes are mercifully rare in the home counties, although the odd one has been known to sneak in. “They curl up round the axles of shortbread lorries and travel like that for hours”, said pest expert Howard Waites. “We think they’re drawn there by the tyre roar and brake squeal. It’s a combination that’s almost as annoying as the din churned out by their mothers.”

While the noise they produce certainly sounds like something in pain, Waites asked people to look out for other tell-tale symptoms of being a bagpipe.

“Rather than ginger, white or tortoiseshell they do tend to be more tartan”, he explained. “And quite often, they’re nuzzled under a man’s armpit. But the biggest clue is that if you pick one up and try and blow into it, the bagpipe doesn’t claw your face off. Instead, it causes people nearby to attack you.”

One Response to Cat with tuberculosis ‘was actually a bagpipe’