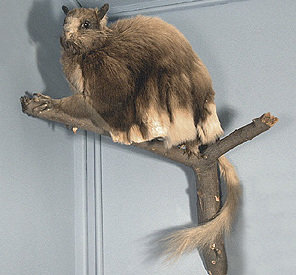 Could it be the wildlife? We’d go miles to see a beast called Lord Derby’s scaly-tailed squirrel too.

A senior official at the US Department of Defense has confirmed that the USA is this week sending a detachment of special forces troops to oil-and-diamond rich Uganda which will also carry out missions in Central African Republic (diamonds, oil and uranium) DR Congo (oil, diamonds, cobalt, uranium and coltan) and South Sudan (oil, so much oil. It has oil like Game of Thrones has plot twists, like Minecraft has blocks, like your mum has sailors. South Sudan has a lot of oil is what we’re trying to say.).

Lieutenant General Ann Curulewski said that the USA is suddenly deeply interested in the region for humanitarian reasons.

“We’re going after Joseph Kony and the Lord’s Resistance Army,” she said. “Kony and the LRA have been committing atrocities for thirty years. Why has it taken us so long to intervene? Well, our economy is very much based on war. We didn’t get our way over Syria, we’re too afraid of Russia to get involved in Crimea so Africa seems like a good place to get our shock’n’awe on. Plus we want all the loot before the Chinese get their hands on it with that sneaky massive investment in infrastructure thing that they do…”

The Lieutenant General was then hustled away from the podium she was speaking at by aides and later the Pentagon released a statement saying that she had been dehydrated which had “caused her to misspeak”.

Meanwhile Tony Blair has offered his services as a peace envoy to all of Central Africa leading many to conclude that a full-scale US invasion of that region will begin very soon.