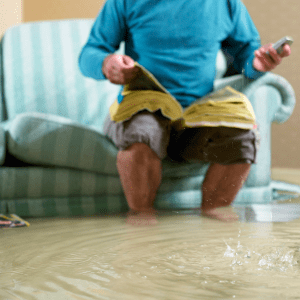 Under COBRA emergency powers, Ian Duncan Smith will soon deploy benefit claimants in the battle against rising flood levels. “The Prime Minister asked me to try to sink the unsinkable” the charismatic Work & Pensions Secretary announced today “and my next logical move is to use claimants’ innate spongy-ness for the public’s good”.

Starting next week, long-term benefit claimants will lie down in flooded areas, sop up moisture until they are fully saturated, then go home to dry off overnight. “Research has shown that poor people don’t move very much anyway,” says IDS “nearly 40% of them are inactive, exercising less than 30 minutes a week. This way, they’ll simply exchange a stained sofa for a soggy field contaminated with sewage. In practice they’ll find very little difference”.

Social commentators are divided in their opinions but IDS’s own ‘Centre for Social Justice’ (sic) think-tank has described as ‘sheer brilliance’ the joined-up-thinking of the scheme, which brings together the departments of most of the coalition’s nut-job Ministers. Chris Grayling and Michael Gove, for example, will be including low-risk offenders and poorly-performing teachers after Easter.

Responding to critics who suggest the plan is unrealistic, if not a little cruel, Duncan Smith points to his successful Ministerial record: “Look, any old sociopath could have trashed the benefits system like I have. But you have to be a special kind of  arsehole to  then go on and  call  it ‘universal credit’. Somebody in the office came up with the name and it was the nearest I’d come to laughing since I’d last visited a slaughterhouse. Michael Gove actually soiled his pants when I told him what we were going to call it. Although to be fair, he does that quite often”.

Owen Paterson has welcomed IDS’s intervention. The hapless Minister for the Environment’s inter-personal skills are generally acknowledged  as being ‘sub-Basil Fawlty’ but his recent performance has been so dire that concerned constituents referred him to a donkey rescue centre. Speaking to a group of interested bentwood hat stands  today, Paterson said “It’s win-win really. If they stay dry, Iain will treat it as a refusal to co-operate. So they’ll lose benefits. If they suck it up, as we hope they will, they’ll be proven spongers. So they’ll lose benefits. We’re thinking of calling it the witches’ ducking stool”.

Comments Off on IDS: “will squeeze benefits spongers”