Just like Sherlock: Nick Clegg reveals how he faked his own death (political) 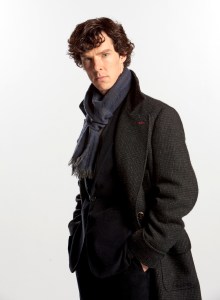 We probably should’ve used a picture of Nick Clegg for this but who would you rather look at?

Since May 2010 it’s been a national obsession and finally last night we were put out of our misery when just like BBC1 One’s Sherlock, Nick Clegg revealed how he faked his own death. While in Clegg’s case the death was political not actual it too required meticulous planning and gave rise to fevered online speculation.

Clegg was seen campaigning against tuition fees, scaring the bejesus out of everyone with his talk of a ‘Tory VAT bombshell’ and promising an increase in living standards plus taxes that would benefit the many not the few. He participated televised leaders debates with Gordon Brown and David Cameron coming across as possibly the least weird and Cleggmania happened.

Then in a dramatic twist everything changed.

“Aha, fooled you!” Clegg pronounced happily at a press conference last night. “I know it looks like I then broke all my pre-election promises and sold Lib Dem voters down the river just so’s I could stand next to David Cameron looking a bit important sometimes but that’s what I wanted everyone to believe. I faked the whole thing.”

When questioned about his motives for such an elaborate and prolonged charade which has caused harm to so many Clegg said that he’d been playing the long game.

“I wanted you all to think that I’d been a massive hypocrite and had no other option but to politically die. Why? So that now I can come back from ‘the grave’ and show myself to be as intelligent, enigmatic and compelling as ever. My popularity will go through the roof putting the Lib Dems on course for an historic victory at the next election.”

After pondering the mystery for so long Clegg fans were disappointed by the big reveal.

“Is that it?” said a Lib Dem insider who gave his name only as Vince Cable. “That’s rubbish. I was hoping the truth was going to be some bollocks about bungee jumping and Derren Brown. At least that would’ve been fun and far more plausible than the idea of us doing well in 2015.”

Comments Off on Just like Sherlock: Nick Clegg reveals how he faked his own death (political)