Independent Scotland “can forget about bringing its washing home at weekends” 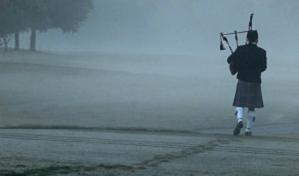 Our little boy is growing up and leaving home

The UK has said today that they fully respect Scotland’s bid for independence, and admire their determination to stand on their own two feet, but that “they needn’t think they are going to be able to bring their washing home at weekends for me to do”.

Alex Salmond is hoping that Scotland will go with his bid for independence, swayed by the promise of being able to stay up as late as they want, not having to tidy their room if they don’t want to, and being able to bring girls home whenever they like. But there are doubts from the UK as to whether Scotland fully understands everything involved.

“Scotland seems to have this idea that independence will make life one big party, but they need to understand that with independence comes responsibility.” said the UK, “There are bills to pay, they’d have to do their own shopping, and if the boiler breaks down they’d be the ones to shell out to fix it.”

“I know that sooner or later they’re going to fly the nest, and I’m pleased for them, I really am. But they can give their key back straight away and learn that toilet roll doesn’t just magically appear. And if they think I’ll still do their washing and ironing for them then they are very much mistaken.”

The UK has also admitted that it expected Northern Ireland to be the first to grow up and look for a place of their own, and that it was something of a surprise when Scotland mentioned it.

“Northern Ireland can be a bit difficult at times so we thought that they would be the first to move on. I suppose it’s a bit different for them though because they live in the summer house at the end of the garden, so they already have a bit of privacy and maybe they’re happy like that. The pair of them treat the place like a hotel anyway, so it will do us all good if they get somewhere of their own.”

“We sincerely hope that they make it in life and are really successful. That way they can look after us in our old age.”